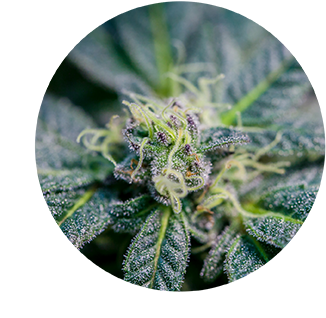 The classic cannabis strain ACDC (aka The CBD Queen) is an original high-CBD, low THC content strain and a Cannabis Cup winner for it’s non-intoxicating and highly therapeutic effects. Exceptionally high in CBD, with a 20:1 CBD-to-THC ratio, according to testing from SC Labs. Resin Seeds describes the plant’s aroma as a mix of cherry, diesel, gas, and Mandarin peel. Dominant terpenes in ACDC are Myrcene, Alpha and Beta Pinene.