Order this product as White Label (unlabeled), or with your own Private Label brand. 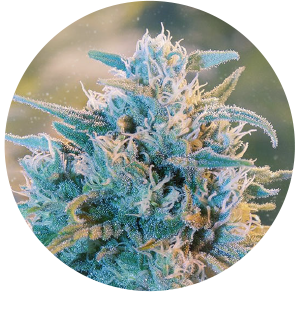 The classic cannabis strain Blue Dream is famously euphoric and creative. It is a sativa-dominant hybrid marijuana strain made by crossing Blueberry with Haze. This strain produces a balanced high, along with effects such as cerebral stimulation and full-body relaxation. Blue Dream originated in California and has since achieved legendary status among West Coast strains and has quickly become one of the most-searched-for strains in the United States. In terms of flavor, Blue Dream is reported to smell and taste like sweet berries. Dominate terpenes in Blue Dream are Myrcene, Alpha Pinene and Beta-Caryophyllene in order of dominance.