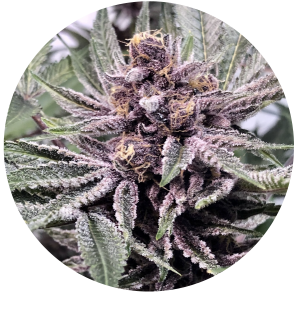 The classic cannabis strain Afghan Kush was a wild lady for hundreds of years, flourishing in the harsh natural climates of its homeland and refining itself through many generations of evolution. The aroma recalls mango and tropical oranges mixed with an earthy funk. Pine, herbal fragrances fill your garden (or house) with the scent of Afghan Kush. The taste isn’t nearly as strong as some other strains. Users describe it as mild, even bland, with a whisper of fruit on the exhale. Revered for its heavy resin content and powerfully sedating effects, Afghan Kush is a top choice for anyone looking to relax after a long day. Myrcene, Alpha Pinene and Limonene are dominate terpenes in Afghan Kush.