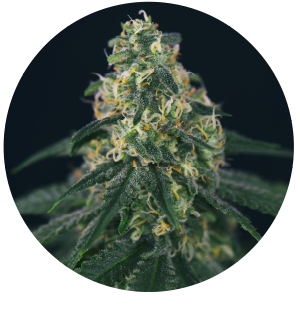 The legendary Green Crack cannabis strain (aka Green Crush and Mango Crack) was reportedly named Cush by its original breeder, Cecil C., then renamed Green Crack by Snoop Dogg to refer to what the rapper and cannabis activist perceived as potent, sativa-like effects. Few strains compare to Green Crack’s sharp energy and focus as it induces an invigorating mental buzz that keeps you going throughout the day. With a tangy, fruity flavor redolent of mango, Green Crack is a great daytime strain that may help consumers fight fatigue, stress, and depression. Dominate terpenes in Green Crack are Myrcene, Beta-Caryophyllene and Pinene, in order of dominance.