Peppermint essential oil is multi-purpose, earning the reputation of being one of the most versatile oils in the world along with Lavender oil. There are numerous applications for which Peppermint essential oil can be used, including cosmetics, aromatherapy, relaxing baths, and as a cleaning agent around the house. The most active components of Peppermint essential oil are Menthol and Menthone, which are known to reduce pain and to invigorate, energize, and prevent the growth of harmful bacteria, respectively. 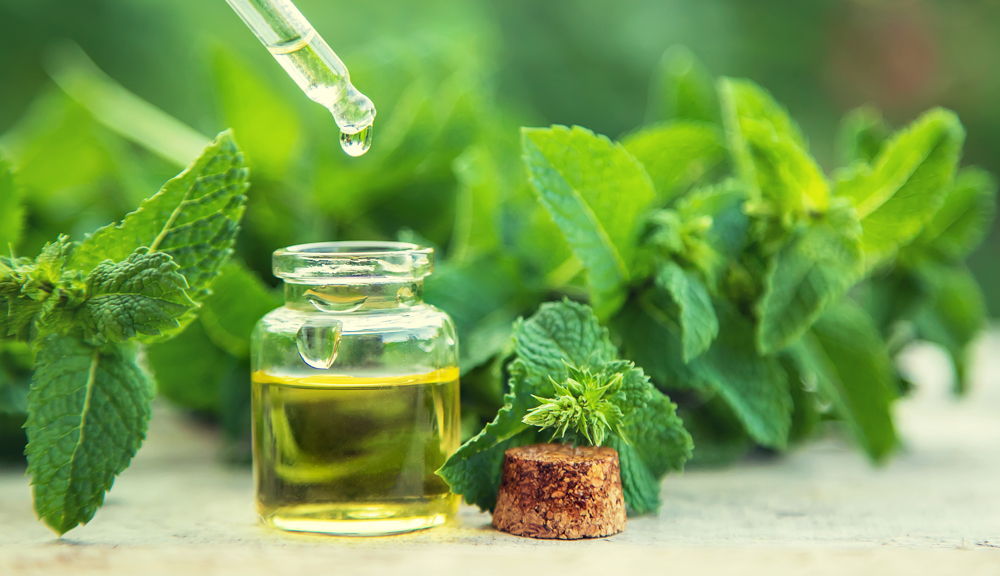 Peppermint has a stimulating, minty scent that enhances alertness, builds stamina, and for some, is also an aphrodisiac. Peppermint oil contains menthol, which has many medicinal qualities. It is often used to relieve muscular aches as well as to ease headaches. It's medicinal uses span from treating colic and exhaustion, to aiding in digestion and dispelling nausea.

Extracted from the Peppermint herb, the uses of this cherished plant and its benefits have been traced back to Chinese and Japanese folk medicine practices and even Ancient Egyptian times where dried Peppermint leaves were found placed in tombs inside the pyramids. Due to the common incidence of using the name Peppermint interchangeably with the terms Mint and Spearmint, there has been confusion about its history of cultivation, but ancient textual references to it prove that it has been used for culinary purposes and in herbal medicine since 1500 BC. Peppermint is also mentioned in Greek mythology in the story of the nymph “Mentha” or “Minthe,” who is transformed into the sweet-smelling herb that releases a powerful, lingering aroma every time she is stepped on.

When used cosmetically or topically in general, Peppermint acts as an astringent that closes pores and tightens the skin. It's cooling and warming sensations make it an effective anesthetic that leaves the skin numb to pain and calms redness and inflammation. It has traditionally been used as a cooling chest rub to relieve congestion, and when diluted with a carrier oil such as coconut, it can promote the safe and healthy renewal of skin, thus offering relief from skin irritations such as sunburn. In shampoos, it can stimulate the scalp while also removing dandruff.